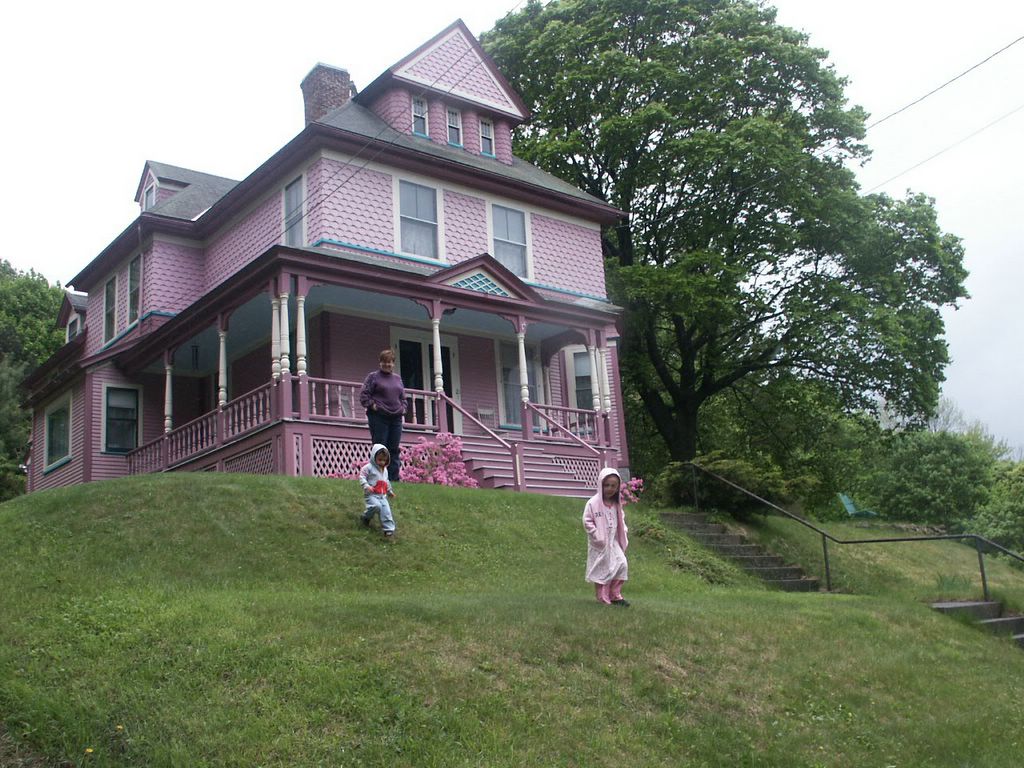 As my legions of fans are no doubt dying to learn, I have completed my move(s) and real estate transactions. I now live in the Berkshires (, ) about 10 miles each from the and lines, in a pink Victorian with a sloped half-acre lot. The Victorian is about one-and-a-half times as large as my Natick house, yet cost less than half as much as we got for Natick (even though its buyers struck an astute bargain). I can walk to a supermarket, restaurants and shops in the town center. Given that my new lot is basically in town, and is all in close visual proximity to an ornate Victorian, the style of gardening will be somewhat more formal (i.e., symmetrical) as well as more baroque and neat (rather than casual and woodsy).

I moved a dozen perennial divisions from , and engaged in some “radical pruning” (including cutting down a magnificent 40-foot spruce which was crowding and shading what used to be a mostly sunny raised northwest-sloping bed). More recently I have accepted plants from family, moved some free “shrubs” (more like whips, of Euonymus alatus, and shovels-full of Vinca minor from my neighbor), and planted 100 bulbs. (My wife planted 100 more.) Here’s a photo of my family at our new house on May 21 (the first time we toured it). I think the pink rhododendrons are rather wasted in front of the pink house. The back slope (where I’ve done almost all of my work) is hidden behind the house. Many of the spring bulbs are naturalized in the grassy slope to the right of this image.

Settled and unpacked in a permanent (as much as anything can be predicted to be) place, I expect I will be back on the blogging more regularly (not that that is setting the hurdle high).