Fatherless Dropouts – How Big a Problem?

I first noticed this issue while looking at the “Walk In Brain” blog (linked at right). Blogger Wes attacked a letter writer ( attorney Rinaldo Del Gallo, III) in the Berkshire Eagle (March 24, 2007), paraphrasing Del Gallo as thinking “Watch as I downplay race and class in service to my own narrow agenda of not having to pay child support!” I didn’t think it was fair, or persuasive, to attack Del Gallo’s motivations like that, but I did believe that Del Gallo’s statistics were fishy.

Del Gallo claimed “As dramatic as these [race- and class-based] numbers may be, they pale by orders of multiples compared to the graduation rates of children from households with and without fathers. While whites are 1.76 times as likely to graduate than Hispanics from Pittsfield's schools, according to numbers from the U.S. Department of Health and Human Services, National Center for Educational Statistics, children from homes with fathers are nine times more likely to graduate.”

After spending hours hunting down these and similar statistics, I concluded that while the stat was created using such official data, the math underlying it was also based on some false assumptions. Unfortunately I didn’t think a full disproof would fit the Eagle’s size limitations or their audience. But I did write a short rebuttal letter to the Eagle, which they also published (always a thrill!):

To the Editor of THE EAGLE:

I do not want to belittle the difficulties faced by fatherless children, but I am writing to correct a statistic which grossly overstates the problem.

Fathers' rights attorney Rinaldo Del Gallo, III, in his letter of March 24, claimed that "children from homes with fathers are nine times more likely to graduate" from high school. This statistic is extremely implausible on its face, since the claim could only be accurate if children in homes without fathers have an 11 percent or lower graduation rate (i.e., only as high as 11 percent if children with fathers have a 100 percent graduation rate, and commensurately lower if they do not).

Del Gallo's Web site claims the statistic is from the U.S. Department of Education, National Center for Educational Statistics, NCES 98-117 (June 1998). This document contains nothing resembling such a claim, but rather finds that some negative outcomes (not dropouts) are up to twice as common where a nonresident father has no involvement with a student's schooling.

I should also note that this claimed statistic is far more commonly seen as "children from homes without fathers are nine times more likely to drop out of high school," which is equally implausible for the same basic mathematical reason.

The claimed statistic has been sourced to a wide variety of more or less definitive-sounding sources, including the Census Bureau, Centers for Disease Control, Department of Justice, the National Principals Association, and some PTA groups. However, all of those claimed sources are either dead ends, or are themselves secondary sources.

The actual sources for the "nine times" statistic are all associated with "Fathers' Rights" groups, not with government statisticians or academics in pertinent fields.

The next day Del Gallo climbed down a bit. After making some new calculations he now believes that children in homes without fathers are about seven times more likely to drop out from high school than are those living with their fathers.

However, while he begins from reasonably-sourced data, he makes some logical errors with it, his most significant being the assumption that if 26% of children age 0-17 are in fatherless homes, then we would, in the absence of an effect, expect 26% of dropouts to be in fatherless homes. This assumption is unwarranted because fatherless rates start at a low level for infants and go up as a child ages, as divorces occur throughout the course of a marriage, and fatherlessness is closer to 50% as children approach the more likely dropout ages of 16-17. (According to divorcemag.com, the percentage of marriages reaching their 5th, 10th, and 15th anniversaries is 82%, 65%, and 52% respectively.) That and sociocultural effects will explain most, and perhaps all, of the effect of fatherlessness on dropout rates. 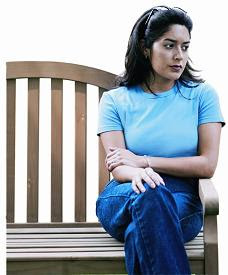 A Complaint on the Declining Status of Marriage

My complaint is that businesses no longer take marriage seriously. Yesterday, I noticed that my life insurance information was still being forwarded from my old address. I called the firm up, to change my address. No problem. How about changing my wife’s address? “You can’t do that, only your wife can change her address.”

In each case, the firm has instituted a security measure which may seem to occasionally make sense given the sleazy behavior of some divorcing couples. But treating your married clients like they’re all in the throes of an ugly divorce is both inconvenient and disrespectful.

And it doesn’t actually do anything to improve security. As I explained to the bank, my wife and I have a joint checking account, and I could, if I so wished, write a check to drain every penny from the account, and my wife would have no recourse. Further, I have legitimate access by various means to all of the past transactions in the account. Since a checking account’s value is limited to the money in it, and perhaps also to the information incorporated in its history, there was no logical reason to keep me from using the online banking system (even apart from the fact that I had in fact been using for over a year). Q.E.D. – but not to the bank.

Further, as with the insurance address change, if I were acting improperly, I could have done my evil deed with the aid of any woman – say, one of the many mistresses I’d be leaving my wife for. Just as I could have been any male voice claiming to be me, as long as I had certain account information in front of me, if I had had any adult female in the room, I could have put her on, to claim to be my wife, and no one would have been any wiser. For that matter, I could have done this even if my wife kept a separate account, provided I found one of her statements, something a departing husband would likely have had access to. (And as far as our life insurance is concerned – it’s a cheap term policy with no cash value whatsoever.)

As I explained to the bank’s customer service people, one of the economic advantages of being married has long been that you could combine various properties and accounts and B.S. errands, so that one member could take care of the business of both, saving time and consolidating resources. This is increasingly not the case. I don’t like it, I don’t think it’s helpful to any civic purpose, and it’s not a good way to treat your customers.