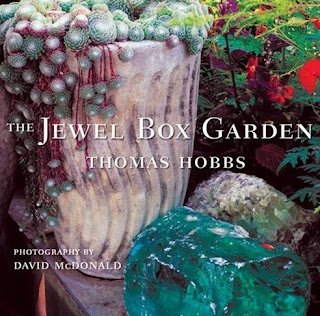 Posted by DWPittelli at 8:52 PM

I've only seen Shocking Beauty, and even that, I believe I only looked at the pictures. He grows in such a warmer climate that most of them could only be houseplants for me. But your remark about the degeneration of art I think also applies to literature. The post-modern literature I had to read as an English major made me want to time-travel to an earlier century.

Amy,
The snobbery of beauty may be just as morally objectionable as any other, but the result is, well, beautiful.

Kathy,
Fortunately my only college English Lit course focused on the first half of the 20th Century, and on less popular novels (in part because they did not have Cliff Notes). I liked almost all of them, but the only one I remember now is Andre Malraux's "Man's Fate" -- which I recommend, and intend to reread some day.

Great review! I enjoyed that immensely. I can't even watch the man during his 5 minute garden bit on the local news.