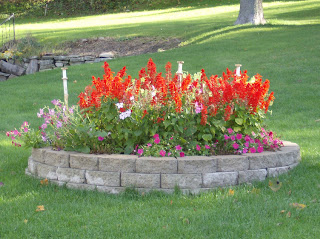 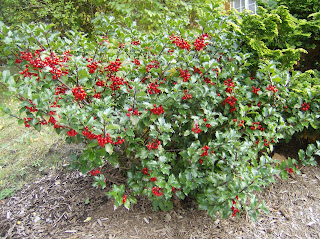 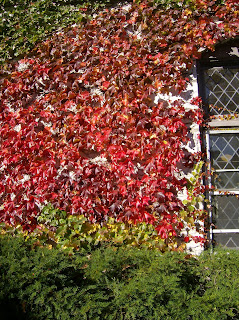 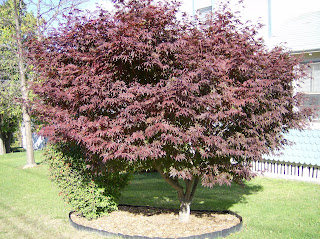 Posted by DWPittelli at 9:23 PM

I agree that blueberry is a wonderful fall foliage plant. Would be nice to have even if it didn't give fruit. Poison ivy is usually the most colorful plant in these parts. Some of the trees are covered by the vine and the leaves of the poison ivy actually looks much better than the tree's. I look forward to your post about how to beautify a Burning Bush. I hate ours it doesn't even turn a brilliant red but it makes an effective windbreak.